An Order of Magnitude Better 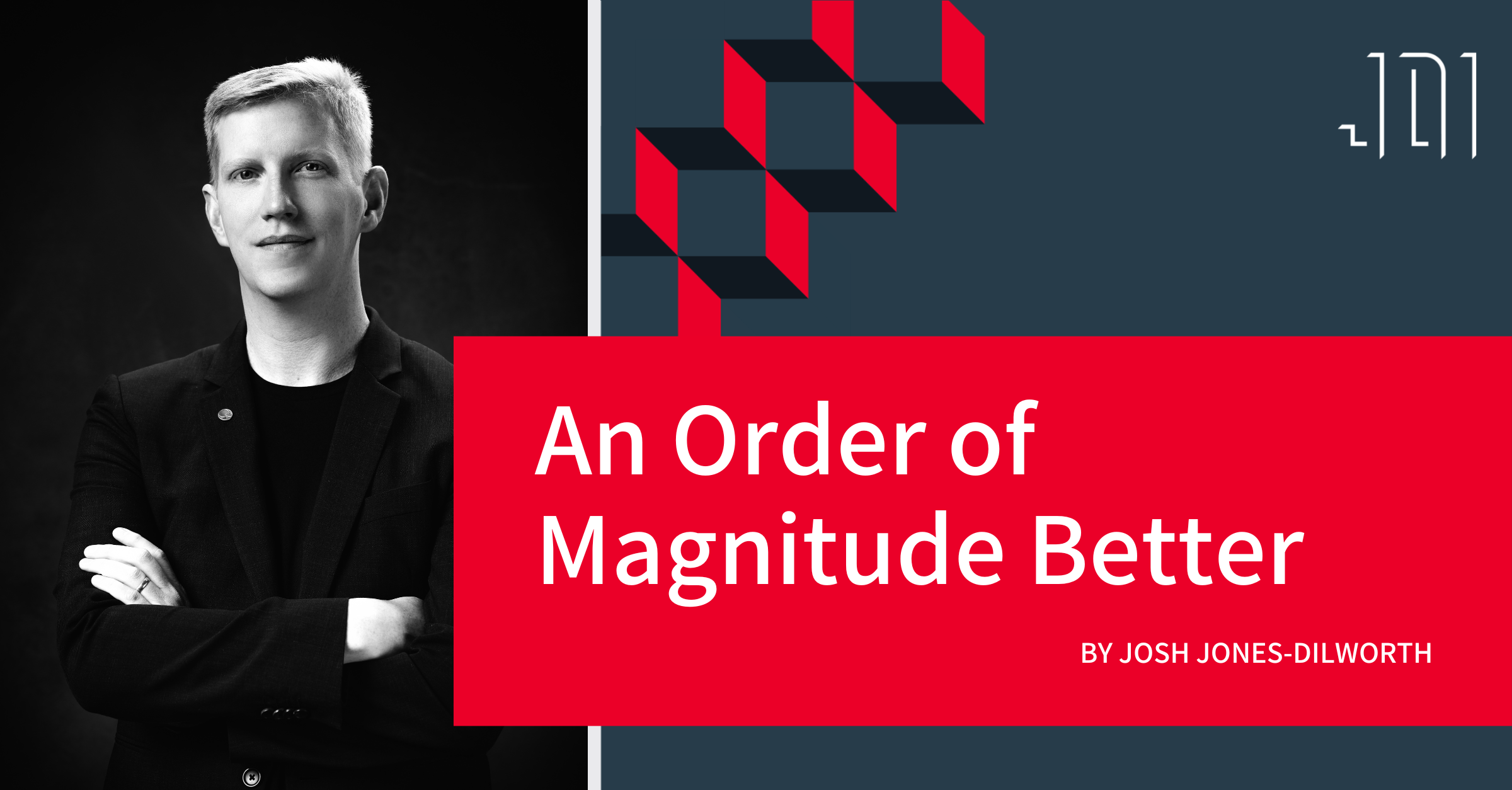 We all compete for top talent, and it is plain that culture can be a difference-maker. Too often; however, I am finding that cultures in a given category, industry, or location are not meaningfully differentiated from each other. We tend to take an incremental approach when building culture, which is not a bad thing at face value – borrowing and imitating are a part of human nature.

When I was asked to help found Culturati in 2016, I joined on the promise of coming together with true peers, and sharing our playbooks openly with each other. This, at the time, was a radical concept grounded in altruism; we had a candid dialogue that equally shared our successes and failures. Our hope was that everyone would walk away with a blend of new ideas to try at their own respective companies. Culturati has since been successful, and this year, we returned to our first in-person event.

Corporate culture is still something I am deeply invested in, but increasingly I have observed organizations being drawn towards a best-practices-driven-mean, and it worries me.

Heads I lose, tails you win

In 2002, psychologist Daniel Kahneman won a Nobel Prize for research conducted with his late colleague Amos Tversky on the idea of loss aversion. The duo concluded that most people will not accept a $100 bet where there is only a 50% chance of winning. In fact, the potential gains must be “two to three times the potential losses before most people will find a $100 bet attractive.”

Loss aversion leads to a bias for the status quo in customers and talent alike. Our natural psychology tells us to play it safe. This status-quo bias, Kahneman and Tversky concluded, means that most potential customers (or new hires, or internal stakeholders) will not say yes to a new option unless “the gains it promises far outweigh the perceived losses switching away from a familiar [situation].” To put a finer point on it, Tversky and Kanneman set the bar for what it means to differentiate, and they express that bar as being “an order of magnitude better” than the alternative. Which is to say, that differentiation isn’t merely the business of being different. It’s the work of demonstrating that we are an order of magnitude better.

It is wise to look at your culture this way from time to time. Is it truly differentiated? Does your culture make your organization an order of magnitude more attractive to a customer or prospective new hire? Compared to the competition? Are you really different, or just a little bit?

Often when I ask a leader about their culture, they rattle off a list of things they are good at. And usually, they are indeed good at those things. But seldom do I encounter a real order of magnitude better difference or advantage in either their culture or their business. Why are we content to enumerate a series of perhaps hard-won yet ultimately small, crowd-pleasing features in lieu of something big, hairy, and audacious? Are we too timid, or careful in the aftermath of the last 3 years? In the face of a VUCA (volatile, uncertain, complex, ambiguous) world are many of us playing it safe, to a fault?

Surely we have all changed, and so have our organizations and our cultures. But consider the possibility that we have all changed in a way that, despite the Herculean effort involved, unwittingly made each of our respective workplaces less distinct from each other and in general. Did the pandemic temper –  or maybe even erase – some of our weird and wonderful?

I have a good friend who is an elite senior marketer for large technology companies. They switched jobs recently, and reported back that the new culture was eerily similar to the one they left — neither of them bad, but neither of them extraordinary. They even went so far as to use the term “factory culture,” as though we are stamping them out like a modest sedan, or even a Maytag — efficient, reliable and homogenous.

I thought this was anecdotal, but the careers page of all too many companies tells the same story. I looked through the job descriptions and culture pages for both the largest employers in Texas, and some of the biggest tech companies here in Austin, and the copy for one page began to bleed into the next. I honestly don’t think that I would have been able to connect de-identified text from one site to the company names they originated from with any accuracy whatsoever.

Churning the Culture of Stagnation

I remember at our second Culturati Summit hearing Patti McCord speak and thinking, “she is so punk rock!” Has the increasingly mature culture industrial complex sanded away our most bold and gutsy cultural convictions and initiatives?

Company leaders often complain to me once they start experiencing real growth and success, that competitors begin copying their language, vocabulary, culture, technology and more. This is unsurprising – especially given the split-second content cycles we revolve around. In an era of cheap and readily available A/B testing, everything starts to look like everything else.

What, I ask them in return, can you instead claim, do, or say that they simply, positively cannot? That they wouldn’t dare?

Culture is built on this notion of taking risks: behind every truly high-performing company is a Kahneman and Tversky-esque “order of magnitude” commitment. The beliefs, actions, policies or norms that you indoctrinate makes your underlying culture markedly different. Full-on, punk rock different.

I firmly believe the pendulum is swinging from recalibration and “new normalizing” to what I can only describe as the avant garde — novel, unusual, and experimental ideas that express points of view about culture that shake us alive and make us fall in love with this work all over again.