We Need to Talk about GMOs

Gene editing in crops isn’t a new trend, and we should stop acting like it is. For as long as humans have been farming, there has been intervention in the way a crop grows. It began with plant domestication – the selective process in which one species is chosen over another for different outcomes. In a more passive model, a farmer could gather and plant seeds from their strongest plants. Weaker plants could be left until harvest, or removed completely through culling. This process was then repeated on a generational scale, focusing traits, inadvertently or otherwise. 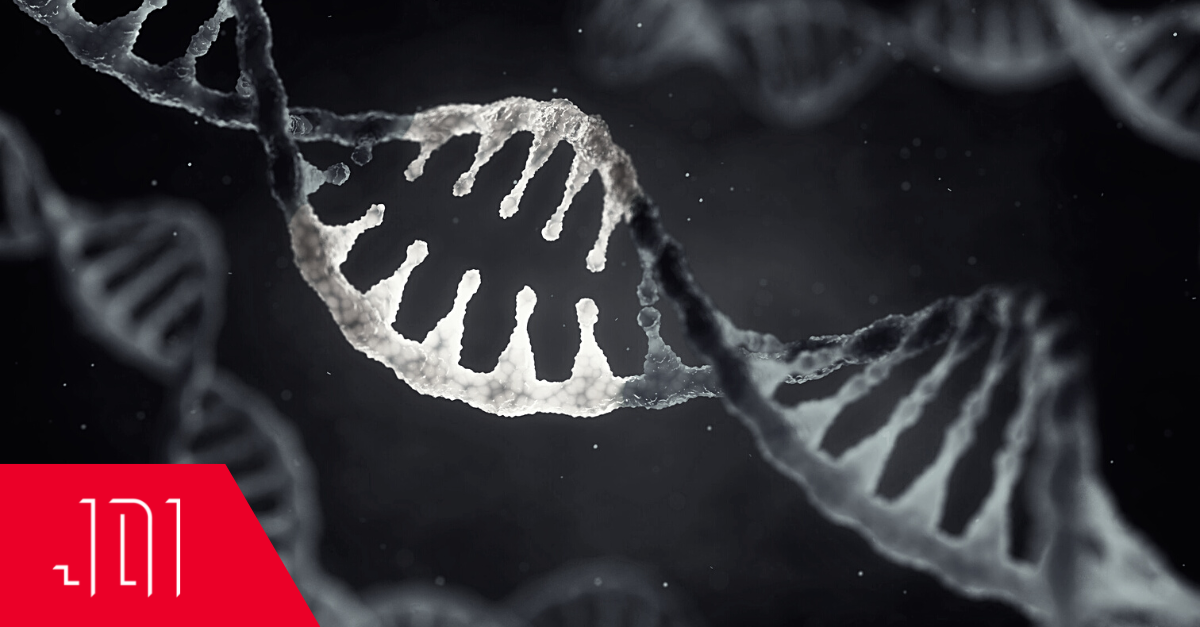 It expanded to include more active models, notably simple cloning: taking a cutting from one plant and growing another. This process can be repeated multiple times across a single plant, and many times in one year. Taking cuttings in this way is a more known outcome than with domestication. Selective breeding and crossbreeding began in the 19th century, and forever changed the way humans grew plants. New plant varieties were made through deliberate cross-pollination of two compatible plants, creating brand new genetic hybrids.

This isn’t to say that gene editing or engineering, in any context, let alone in agriculture, isn’t a touchy subject. What both GMOs and CRISPR cas-9 have failed on is proper market education, to the point of negligence. Semantically, consumers can’t tell the difference between GMO or CRISPR, bioengineered, gene editing or gene engineering. In this absence of consumer knowledge, the general public has been flooded with distrust and disinformation. Science communicators have their work cut out for them, and it's a race to keep up with full-scale adoption of gene edited crops.

What is a GMO?

Genetically modified organisms have specifically targeted modifications made to their DNA structure. The process starts with identifying what aspect you want to change. Undesired traits are pinpointed in the genetic code of the organism, and then replaced for a new trait that will deliver on the desired goal. What is important to note is that the common vernacular of GMO means that the crop is exogenic or transgenic – meaning that the new genetic material inserted into the host species comes from an unrelated organism. This process is subject to national government regulations, and getting FDA approval in the United States is a long and difficult process.

GM crops have come a long way since their first approval: early targeted traits include resistance to pesticides and herbicides, like in the case of Bacillus thuringiensis (BT) corn or Roundup Ready varieties. The BT gene produces a toxin in the cells that targets the gut wall of the bollworm, a major pest that ruins cornfields. The BT gene was selected because it only impacts the Lepidoptera larvae, and not other butterflies, beetles, humans, mammals, or fish. Roundup Ready is resistant to the commonly used glyphosate insecticide, produced by Monsanto.

More recently, crops have been modified to taste better and be more nutritious, like in the case of golden rice, which is biofortified with beta carotene. While traditional breeding techniques can be used to lead to generational changes towards more nutritious crops, this is limited by what is already within the plant’s capabilities. Golden rice is a modified rice that includes the building blocks necessary for your body to produce vitamin A – a common deficiency present in a rice-based diet. 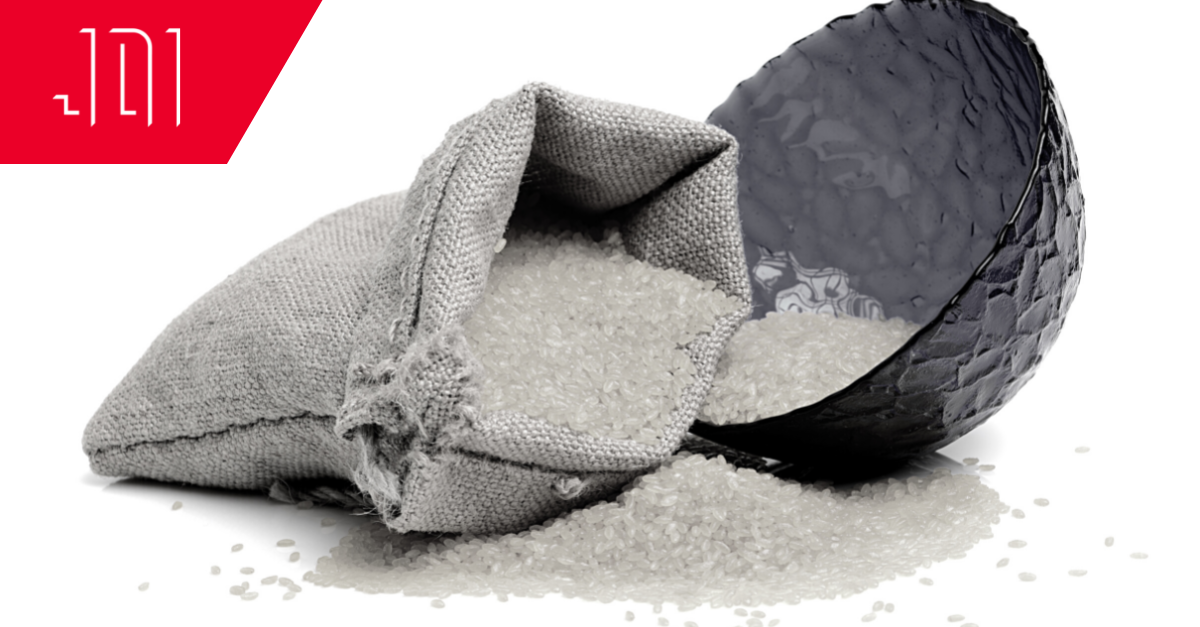 Short for clustered regularly interspaced short palindromic repeats, CRISPR is an genetic editing tool to selectively target, remove, and sometimes replace individual pieces of genetic material from a genome. CRISPR is modeled from viral infections of single-celled organisms: the virus will insert segments of its genetic code to infect the cell. If the cell survives, it will copy the viral genome, and store it as a part of its immune system. If attacked by the same or similar type of virus again, the cell automatically makes RNA molecules matched to that DNA sequence to defend against reinfection.

CRISPR uses the guide RNA sequencing to identify and target certain segments of a piece of DNA. When the sample matches the DNA sequence, the Cas9 protein will remove the segments from both strands present in the double-helix of DNA. One of two things happens next: either the segment is removed entirely or it is replaced with a new trait. Removed segments will not regrow, but instead will stitch together where the RNA sequence began and ended. If replaced, the new segment will occupy the blank space. Recent breakthroughs in the understanding of CRISPR now let multiple genes be edited at the same time.

CRISPR is most commonly used for resistances and biofortification. Unlike Roundup Ready crops, which are resistant to broad-spectrum herbicides and insecticides, CRISPR crops are targeted to exactly whatever ails them. This could be a fungus, a bacteria or a virus: and changes to the cellular structure of a protein makes the pathogen unable to interface with the crops. If the conditions are occurring on a macro level, like global warming, CRISPR can make simple changes to the physical characteristics of the plants. Plants can be edited to be shorter and more resistant to drought, cold and heat.

Biofortification adds basic traits that produce nutrients that our bodies need. In the United States, this is most similar to adding vitamin D to milk or fluoride to our drinking water. Similar to golden rice, scientists are starting with tomatoes.

Following the covid-19 pandemic, consumers world-wide have a renewed interest in diet and nutrition, and the role it plays in their overall well-being. Genetically engineered foods can help take food staples and add complex nutrients and proteins, reducing the barriers to a healthy diet.

Genetically engineered, edited, and modified crops, as mentioned earlier, have made their way onto shelves and tables for consumers around the world. While the processes vary greatly for CRISPR and GMO crops, the goal is often the same. Whether its resistance to climate change or pathogens, or making our food more healthful, tinkering with the genes of our crops can have very real benefits.

However, the big caveat is in consumer education. CRISPR, Cas9, GM, GMO, etc. – it's all alphabet soup to the layperson. The crucial distinctions between each approach have not been made, and the chance to make a good first impression on consumers has long since passed. Worse yet, the USDA has recently changed the guidelines for labeling, and GM foods are now “bioengineered” – which is miraculously even more vague, and possibly more off-putting, than the term GMO.

Consumers should know what they are eating, but the labels stick out on packaging like a cancer warning on a pack of cigarettes. Unlike the warning label on cigarettes, bioengineered labels don’t actually explain anything to the consumer. The bioengineered label doesn’t talk about how they are safe for consumption. It directs consumers to seek outside educational resources, instead of informing them when they’re already reading the package. Ironically, you can learn more about how unhealthy snack foods like potato chips are made by reading the back of the bag.

If GM foods are to be labeled at all, it needs to meet the consumers where they are: “this product is engineered to be less expensive and better for you!” Calling it “bioengineering” is burying the headline behind the small print, and risks alienating consumers in the meantime. Remember: all crops are genetically modified, so technically, none of them are.