Tell us about yourself — what is your background in and how did you end up in your current position?

I grew up in a rural New Mexico farming community in Sabinal, NM where my family has a USDA-certified organic farm. For generations, we have been farming heirloom chile peppers as one of our main crops. 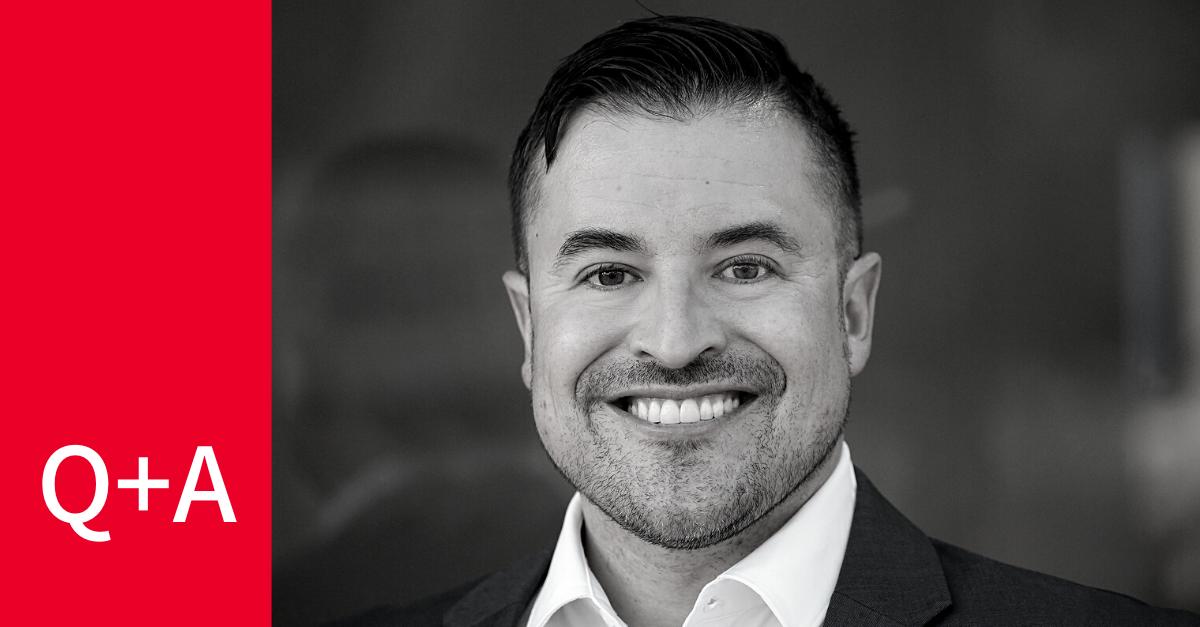 I received my B.S. in mechanical engineering from the University of New Mexico, as well as my Masters and Ph.D. in Mechanical Engineering from the University of California, Berkeley with minors in Energy and Resources, and business credentials in Management of Technology from Berkeley’s Haas School of Business. During this time, I have worked at NASA in the space shuttle program, and have also been involved with a couple of start-up companies: one producing a solar hot water heater for Latin American markets, and tech for wireless health care.

Since much of my family lives in New Mexico, I decided to move back where I took on a Postdoctoral position within the photovoltaic (PV) group at Sandia National Labs about 10 years ago and am now a systems engineering Principal staff member who leads molten salt and molten alkali metals R&D at the National Solar Thermal Test Facility (NSTTF), and am a test director there.

My research interests are in alternative energy technologies and sustainability, as they pertain to scientific and technological innovation, business and policy. Presently, my research in concentrating solar power (CSP) consists of system design for high-temperature (>720 °C) thermodynamic and commercial R&D systems, employing ternary chloride molten salts and alkali metals (sodium) as the heat transfer fluid.

Operated by Sandia National Laboratories for the U.S. Department of Energy (DOE), the National Solar Thermal Test Facility (NSTTF) is the only test facility of this type in the United States, and one of the largest in the world. The NSTTF’s primary goal is to provide experimental engineering data for the design, construction, and operation of unique components and systems in proposed solar thermal electrical and industrial process heat plants planned for large-scale production.

The site was built as one of the first concentrating solar energy power tower laboratories in the world during the late 1970’s and is instrumented to provide test facilities for a variety of solar and non-solar applications. The facility can provide high heat flux and temperatures for concentrating solar energy technologies realization, materials testing or aerodynamic heating simulation, large fields for optics and astronomical observations; a solar furnace, the world’s largest laboratory molten salt test loop, solar dish test area, solar reactor and heat exchanger test stands and a rotating platform for parabolic trough evaluation.

What would you want the next generation of capture and storage technology for clean energy production to look like?

I would like the next generation of solar energy technologies to allow for low cost power production, but also be utilized for industrial process heat and practical applications such as cooking. I believe with concentrating solar energy technologies, where we have the ability to store energy much longer (>6 hrs than conventional Lithium-based batteries), we have an enormous potential for satisfying low cost, solar energy power and thermal applications production– even after the sun goes down.

I also believe modularity of advanced engineering designs will help to reduce costs for these technologies and make them more accessible to more people for use. I also see these technologies being adapted for a broad range of batch and continuous-process applications.

You recently used solar furnaces to roast green chile: what was your inspiration for the project?

I do research work with our solar reactors to produce products like hydrogen, ammonia and methane reforming at high temperatures (>500C), so I thought it would be interesting to combine this focus with chile peppers. I love the smell of roasted chile peppers, but roasting the chiles requires propane: it’s readily available and burns hot. Fuels that combust at lower temperatures result in poorly cooked chiles; which no one wants to eat or buy.

The downside is that propane produces high amounts of CO2 when burned. By my estimates, the roasting of chiles alone can facilitate up to approximately 800,000 kg of CO2 annually from the combustion of fossil fuels. This number pales in comparison to other carbon sources, like vehicles or industrial manufacturing, but none of them are as directly connected. Growing up, and even now when I support the chile pepper work on my family’s farm, we endure challenges due to climate change. It didn’t make sense to me that a system suffering from climate change would also feed into it.

Although this research is still very new, the modularity applications of solar cooking at high temperatures, and with more efficient solar heating means, has many broader applications. It is my belief that this model could be applied to other fossil burning applications for food such as with coffee, chocolate and meat processing. In the future, this could mean fewer emissions with better-tasting food.

Beyond food production, what other applications for solar furnaces do you believe we will see in the future?

I would just add that there are a lot of opportunities with solar energy that go much beyond power production that can impact so many facets of our lives. I believe the use of solar for food preparation, such as with solar roasting, is just the beginning, especially as we can also incorporate thermal energy storage which has the potential for long-duration industrial process applications, which has the potential to make a dramatic impact on climate change and our lives.

Instead of using photovoltaics to collect solar energy, transport it across the power grid and run the necessary equipment for these processes, why not just use solar rays directly? At Sandia, we’re currently facilitating R&D for producing hydrogen and ammonia. Hydrogen presents itself as an extremely valuable resource that could be a part of the green energy revolution. Most ammonia that is manufactured is used for fertilizers and making plastics. However, current refining processes for these two takes massive amounts of energy– which means more carbon emissions.

Some other projects we’re working on are desalination and cement calcination. Access to fresh water is a mounting concern for many parts of the world, but the amount of energy it takes to purify enough water for even a small town is incredible. Facilitating cement calcination reactions is a similar story– it uses fossil-based energy and produces a significant amount of global carbon emissions. Our research is hoping to solve these problems, and more.

You are a part of the MANOS program at Sandia National Labs. Can you tell us about your efforts to introduce the community in New Mexico to science?

At SNL, we have a Hispanic Outreach Leadership Association (HOLA) where my colleagues and I have put on STEM and STEAM events for K-12 students in and around the Albuquerque and greater New Mexico area for years. In addition to MANOS, I lead the “Noche de Ciencias” (Science Nights) events for K-12 students and their parents to teach them about the value of getting an education, particularly in college in a STEM field. Many of these events have also consisted of students from middle/high-schools interacting with Hispanic engineering college students from UNM, CNM and New Mexico Tech to stimulate pipeline learning and inspiration.

In these events STEM activities are provided to the students to encourage and excite their interest in STEM. At the same time, we conduct bilingual workshops for parents, to emphasize the value of college education for their children and the manner of receiving financial assistance to afford them the opportunity to graduate with a college STEM or vocational degree.

You received the HENAAC for most promising engineer recognizing your research and contributions to solar tech: what do you wish you could tell your younger self?

Last year I was Nationally recognized for his professional achievement as Great Minds in STEM (GMiS), Hispanic Engineer National Achievement Awards Conference (HENAAC) award winner, as well as receiving a National Innovator of the Year award from the Society of Hispanic Professional Engineers, which was recently featured in Technica magazine. What I would tell my younger self is to keep believing in yourself and don’t give up on your dreams. I’d also remind myself to appreciate those around me and don’t take for granted any opportunities to give back.