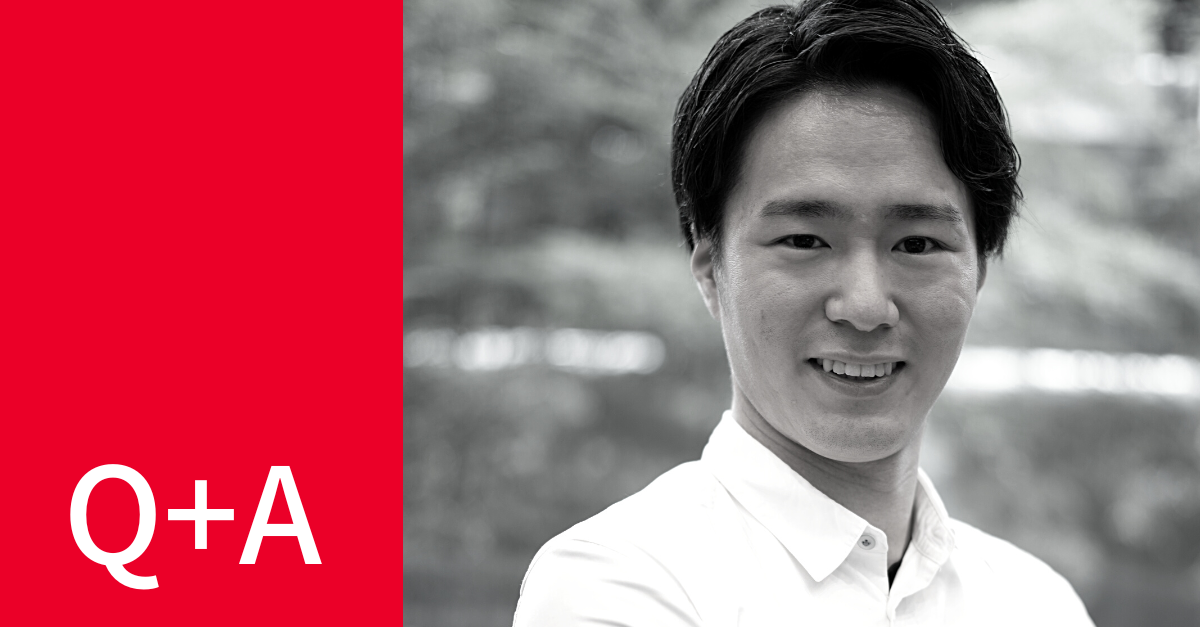 Tell us about yourself – what is your background in and how did you end up in your current position?

I started my career at an American investment bank, Houlihan Lokey, which specializes in mergers and acquisitions advisory. I was mainly engaged in the medical and tech industries as a financial analyst. HL covered most sectors in health, from pharma to behavioral, and our approach to technologies was even more broad.

While I was working for the company, I spoke with Masahiro Sameshima, who is the general manager of a Tokyo-based VC called ANRI. The two of us had met while I was still in university, and we have had numerous conversations over the years. Eventually, I spoke with him about my intentions to start a business, more specifically, in the medical industry. This was very fortunate, as Mr. Sameshima was broadly connected to many promising scientists, one of whom was Nobuhiko Hamazaki. Mr. Sameshima facilitated my introduction to Dr. Hamazaki, which led to him becoming our co-founder.  I was quite surprised by his technology, inducing oocytes from iPS cells, when I first heard about it from him. I recognized the technology’s potential to change the future of infertility treatment and broaden our understanding of human development.

Before we met, Dr. Hamazaki belonged to the laboratory of Kyushu University in Japan, and was engaged in oocyte research that eventually led to the invention of our core technology (published in Nature 2021). He immediately recognized the potential contribution to society that his invention could provide, however he did not have much experience in the development of a business that could deliver his work to the world. Just as I had sought out guidance from Mr. Sameshima, so too did Dr. Hamazaki.

What led you to found Dioseve?

My reasoning for why I founded Dioseve goes back to when I was in high school; I was diagnosed with hepatitis C, which increases my risk of developing liver cancer in the future. Back then, the most popular therapy was interferon treatment, but the treatment often caused heavy side effects and had an abysmal response rate of less than 50%. To me, it felt very unfair to have such a dark shadow cast on my future. I found it to be very difficult to accept the diagnosis and the constitutional handicaps that had been thrust upon me.

However, there was hope – the doctor I was seeing told me of promising research being done by Gilead Sciences. They informed me of the new drugs and therapies they were developing, and told me to wait. A few years later, Harvoni was made available to the general public. It had an incredible effect on the disease; I just needed to take a handful of tablets with no side effects, and there was a proven effectiveness of over 98%.

With that, my hepatitis was completely cured. This experience left me amazed at pharmaceutical companies’ contribution, including Gilead Science, to society by developing this medicine and being able to deliver it to patients all around the world.  Thus did I become determined to make my own contribution of a similar nature, doing whatever I could to help create and distribute an irreplaceable treatment.

How has infertility been treated historically?

There are various causes and types of infertility: people have attempted many approaches to solve each of them. Historically, the biggest breakthrough in fertility treatment was the implementation of In Vitro Fertilization (IVF).  Louise Joy Brown, the world’s first baby conceived via IVF was born in 1978 in Manchester, England. That marked the beginning of women suffering from oviductal dysfunctions to be able to conceive children.  In 1987, the first child was born using the breakthrough technology of Intracytoplasmic Sperm Injection (ICSI). ICSI is a technique which injects the sperm into an egg using micromanipulation instruments performed under a microscope.  While these are all excellent treatments in their own right, they all rely on either the mother’s eggs being present and functional or finding an egg donor.

Regarding fertility treatments, there have been very few novel contributions beyond these techniques. In fact, not many pharmaceutical companies are focused on this subject. This goes against what women of the world are currently experiencing, and are actively seeking a fertility and pregnancy experience that meets their needs on an individual level.

Dioseve is working to create a treatment that can provide this, however, we are also aware of many concerns regarding the topic of gametogenesis.  There are many ethical questions to work through regarding the use of this technology in humans.  But we are certain that the end result of our research will not only help bring about new life, but save existing lives as well.

What are induced pluripotent stem cells (iPS) and how are they different from embryonic stem cells?

Induced pluripotent stem cells (iPSCs) are a relatively new discovery that serve a similar function to embryonic stem cells. What sets them apart is how it comes about – embryonic stem cells are collected cells from a 6-7 day old embryo, which are then grown in a culture. Since the generation of iPSCs does not involve the destruction of an embryo, it avoids many of the ethical issues that surround human ES cells.

Contrary to this, IPSCs use human somatic cells, which are all of our non-reproductive cellular tissues. For applications in regenerative medicines, scientists will start with blood or skin cells. These are extracted and reprogrammed into the pluripotent state of a stem cell. The cells are then coached into whatever form they might take, just like one from an embryo. What is even more interesting is that IPSCs are collected from their own host, thereby eliminating the risk of immune rejection.

What are oocytes and how does Dioseve’s technology utilize them?

An oocyte is a female germ cell involved in reproduction, in other words it is an immature ovum, or egg cell. When oocytes are fertilized with sperm, the resulting embryo can develop into a healthy baby. With current infertility treatment technology, oocytes can only be gathered from women with healthy ovaries (patient or a donor).  However, Dioseve seeks to change that by creating oocytes through iPSCs so that women with ovarian dysfunction can give birth to their own babies containing their genetic material.