Even with the remarkable speed at which Moderna and Pfizer developed their ground-beaking vaccines, it seemed the messaging for their rollout was rushed, perhaps even harried. Overall, the positions that we as consumers were left in felt unfocused and less coordinated across federal, state and local authorities. 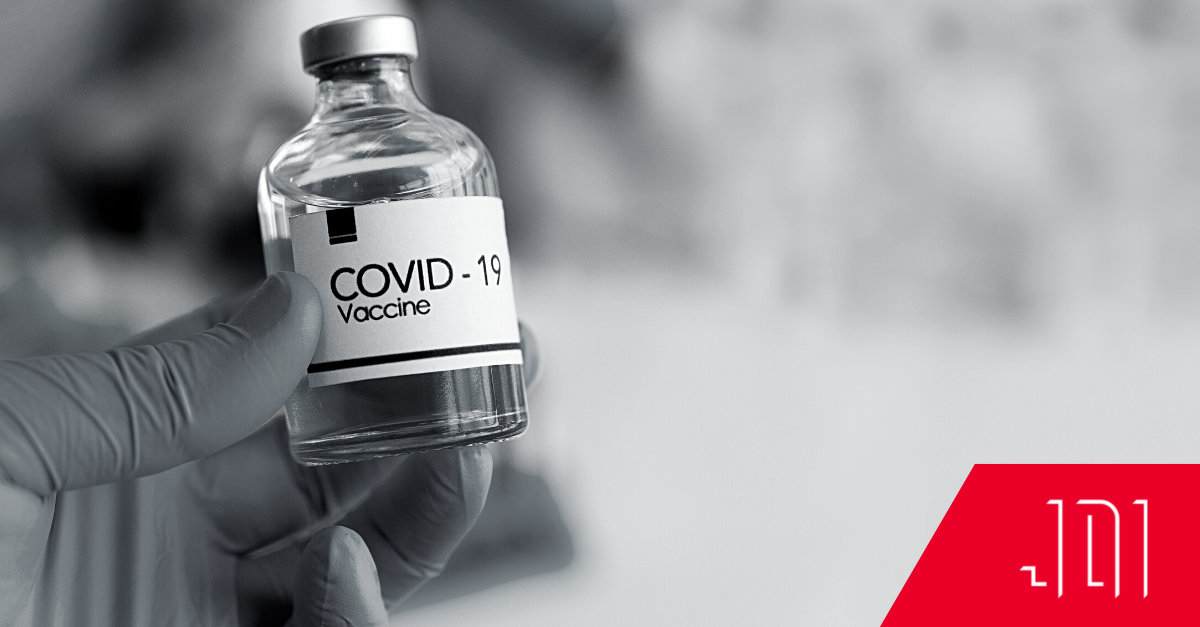 What words and phrases do you remember from the rollout?

My home state of Massachusetts is currently running with “Trust the Facts. Get Vaxxed.” Many states ran lottery programs for people who got the shot. Maryland is even launching a new lottery called “VaxCash.”

The call-to-action on the CDC’s Covid-19 page is “Get Vaccinated.” In December, they put out a strong call for people to “Get Boosted.”

But how are those words and phrases received by various people in the general public? Getting “jabbed” doesn’t sound very enticing to most people, probably less so to someone who is hesitant about vaccines. Getting “vaccinated” is more commonplace for most audiences and has shed most of its awkward associations, but wouldn’t “getting the vaccine” sound better to someone who was on the fence?

Even for those without hesitations, wouldn’t they rather receive a noun than have the past participle of a verb done to them? Maybe this is why “Get a flu shot” doesn’t induce a fear response as acutely as “Get Vaxxed.” Better yet, why not “Get your flu shot” like it’s something special or unique, waiting for you and only you.

If only there was a way to find out…

We Test Vaccines, Why Don’t We Test Their Messaging?

As far back as September, Stanley Plotkin was making a public case to call the third shot just that: a third dose of an original series. STAT News quoted him saying “Calling the third dose a booster is immunologically incorrect and also gives the wrong impression that somehow the vaccines failed when they could not really have been expected to give a long-lasting immunity from the first doses,” Plotkin said.

STAT interviewed another expert who didn’t seem to think the language mattered: “‘I don’t think it’s that meaningful for the general public,’ said [Jeffrey] Duchin, another professor of infectious diseases at the University of Washington.”

So who’s right? And why do some experts on this stuff think the messaging matters, while others don’t think it’s important?

Unfortunately, messaging isn’t always tested with anything close to the rigor with which we test drugs. This leads to what seems to be a guess-and-check system for developing messaging. Or perhaps, it’s someone in a candle-lit room trying to conjure it up on a Oujia board?

Fortunately, private groups conducted research on the messaging surrounding vaccination. In the summer of 2021, Civis Analytics studied the persuasiveness of several of the top messages used to encourage people to get the Covid vaccines. They found that positive messages are much more effective than scare tactics. They also found that certain messages worked better with specific demographics than others:

“For example, for unvaccinated white Americans and higher-income earners, the concept of missing out on concerts, traveling, and eating in restaurants (the ‘FOMO’ message) was more persuasive than ‘Protecting Children.’ And while the ‘Patriotism’ message was largely ineffective across the entire sample of people, it was highly persuasive for unvaccinated Latino/a participants. Similarly, for very conservative individuals, the ‘Personal Decision’ was more effective than ‘Protecting Children’ or ‘Financial Costs’.”

In fact, the most persuasive messages had little to do with vaccines or viruses, or healthcare, at all.

One of the least effective messages was one that led with vaccine safety. Yet most messaging still leads with the footnotes: “the Covid vaccines are safe and effective.”

Safety assurances can trigger a fear or suspicion response in human beings. We know this from lived experience and widespread comedic use of this phenomenon in popular culture. But you might be surprised to learn there’s also plenty of research on risk perception to back it up.

The challenge for experts in every scientific field is that the language of the industry is highly specialized and inaccessible to the customers they serve. In fact, the language of any field of science is often the wrong language for the ultimate consumers and stakeholders: nowhere is this more apparent than healthcare.

This means you need to translate highly complex, technical language into messaging that has the desired effect among your target audience. It’s very difficult to get it right the first time without testing your messaging, even if you have relevant experience communicating a similar scientific message.

At JDI, we’re fond of saying “Don’t tell me what you do, tell me what you do for me.” The idea is to put the customer or audience back into the forefront of your thinking. Understanding the intended audience in as many ways as possible is the starting point of an effective message.

Most Americans don’t care about assembly line efficiency enhancements at a Ford factory, even though car manufacturing is precisely what Ford does. But Ford’s audience definitely wants to know if the new F-150 Raptor will get a Shelby upgrade package, because that upgrade evokes a certain prestige in the car world. More simply, it makes us look cool and feel more powerful — uncomplicated sentiments to get behind.

Getting vaccinated does provide us with “robust protection from infection and severe disease associated with Covid-19.” And that’s the message the scientific community has chosen to tell us.They have widespread consensus on the science here, and it’s great that they want to tell us what they have verified. But is that really what regular people need to hear? Will that persuade the people who are vaccine-hesitant?

Based on the data from Civis, the answer is a resounding “no.” More message tests are critical as the pandemic continues. Each new wave or variant brings with it a new communication context. That may not leave enough time to run the type of analysis that Civis Analytics provided last summer, but the scientific community can utilize some basic tools for message testing. A targeted ad campaign on Facebook and Google can be structured as a messaging test, for example. Those tests won’t produce rock solid data, but they can provide directional guidance on messaging in rapidly evolving situations.

Eventually, message testing will become more commonplace, and messaging conversations among scientists will start earlier and happen more often. Most importantly, the decisions surrounding messaging will look a lot more like the rest of what goes on in science: backed up by evidence and subjected to thorough testing.

Until then, I humbly suggest a new message that I haven’t even tested myself, but what’s the worst that can happen?